The National Christian Foundation gained double-digit value with no risk. Here’s how.

CLRE Advisors structured our lease with significant free rent on the front-end in addition to more than 8,000 square feet of expansion space at no cost to us during our first 18 months of occupancy. This meant that a large section of the floor upstairs would remain vacant until we needed it, without us having to pay for that space until we used it. 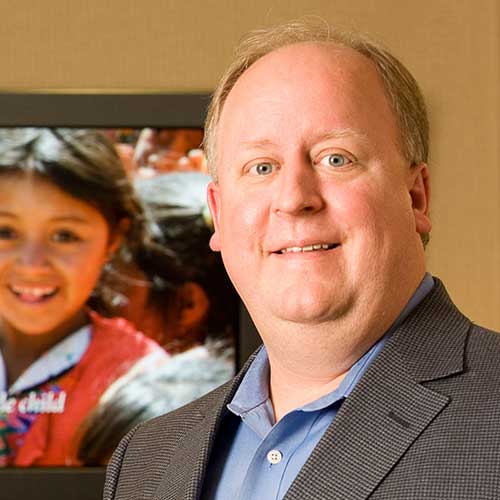 Since its founding in 1982 The National Christian Foundation (NCF) and its local affiliates have helped thousands of individuals, families, churches, ministries, and professional advisors give more than $1.8 billion to over 15,000 charities. NCF served over 5,000 donors in the past 12 months distributing over $430 million to worthy causes.NCF annually ranks among the top ten U.S. foundations in grant distribution. Its innovative solutions not only facilitate monetary contributions but also allow donors to leverage property and other non-liquid assets to benefit Christian causes.

Using donor advised funds, NCF clients can make tax-deductible donations to the foundation and then recommend that the funds be distributed at a later date to other nonprofit Christian organizations. Donors can give anonymously if they prefer. By giving through NCF, a donor receives many of the benefits of a private foundation without the administrative and legal responsibilities.

Demand for the foundation’s assistance is growing despite the fact that the economy “isn’t in great shape,” according to NCF president David Wills. “The people who seem to be least affected by the economy are those who are deeply engaged in their faith, and who give from their ‘first fruits’ in proportion to what they have received.”

A growing workload resulted in a need for more office space at its corporate headquarters in Atlanta, and for help in finding space and managing lease negotiations, NCF turned once again to CLRE Advisors.

“Bill Leonard has negotiated every office space deal we’ve ever done,” says Wills. “We moved into our previous offices in 1999, and he negotiated several expansions and extensions until the time came to move to a new facility.”

“We love working with like-minded people, and Bill is an incredibly generous person, and also very good at what he does,” Wills states.  “We’re very thankful for his abilities, because the better job we do of controlling our operating costs, the more funding that’s available for the Kingdom.”

NCF was founded by Atlanta attorney Terry Parker, financial advisor and author Ron Blue, and Larry Burkett, now deceased, who was the author of more than 50 books and the host of several nationally syndicated radio programs. Wills notes, “Bill Leonard had personal friendships and business associations with the three founders that preceded the formation of NCF.

CLRE Advisors also structured NCF’s new lease to include significant free rent on the front-end and, in addition, more than 8,000 square feet of expansion space – over 20% of the total leased amount – at no cost during the first 18 months of occupancy. “This gave us a large section of the floor upstairs that would remain vacant without us having to pay for that space until we used it,” Wills explains. “The timing turned out to be perfect. I don’t know how Bill did it, but whatever he did, it worked out great for us.”

Wills adds, “Bill is very creative; always thinking. He leaves no stone unturned while figuring out the wisest way to leverage the space we need at the best possible price.”

CLRE Advisors used Wills’ time wisely. “I could look at as many buildings as I wanted to, but for every space we looked at, it was clear that Bill knew what we needed and where we wanted to be.”